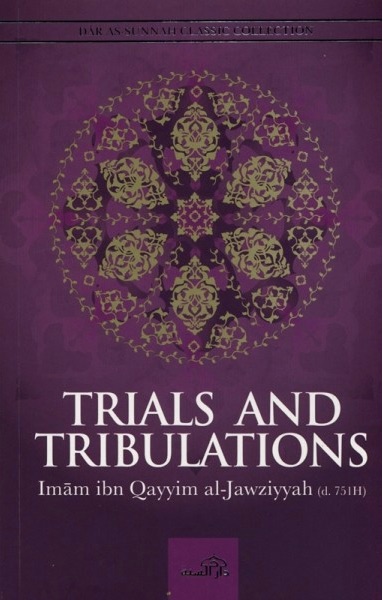 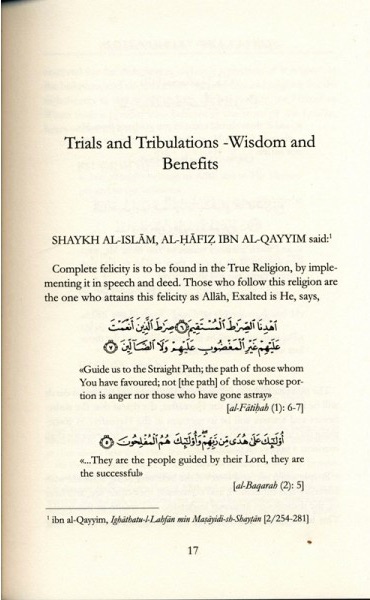 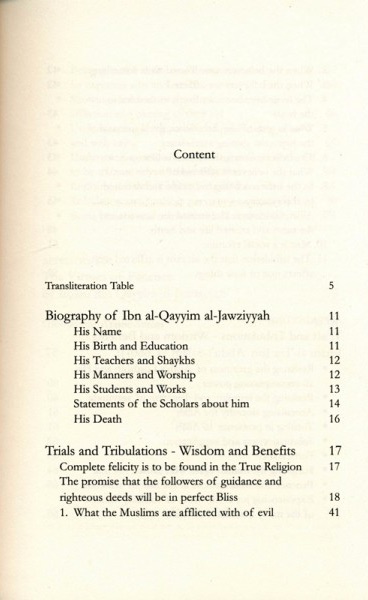 A believer may face many trials and tribulations to test their faith, patience and endurance. In a world full of conflicts, wars, disasters and many personal and family problems, Shaytan can cause a person to question many things. If a Muslim is tried, in body, wealth, or any other difficulty, the only reason for this is ones sins – due to leaving something obligatory or committing a prohibited act. However it is also a means of Allah aiding His servants, ennobling one and granting well-being. The most severely tried were the Prophets and then those closest to them.

The Companions of the Prophet Muhammad (saw) were evicted from their homes, leaving their possessions behind, their enemies multiplied, on occasions they were overcome and defeated, many were martyred. The Messenger of Allah (saw) received injury to his face, his molar teeth was broken; his helmet was crushed into his head, while his enemies rejoiced and his associates despaired. They lived in a constant state of fear, destitution and poverty - tying rocks to their stomachs out of sever hunger. The Messenger of Allah (saw) never ate to his fill of bread twice in any one day. He was injured in various ways to the point that they accused the chastity of his most beloved wife.

The state of hardship causes the servant to turn to Allah, Mighty and Magnificent. Often the state of ease, well-being and blessings cause a person to turn away from Allah. In tribulations, trials, misfortunes and calamities lay numerous benefits, having differing degrees of relevance, in accordance to the various ranks of people. The believers are afflicted with tribulation to such an extent that they end up walking on the earth with no trace of sin remaining on them.

This amazing work deals with many aspect of trials and tribulations, including realising the greatness of Allah, humility, dejection of servitude, sincerity for Allah, being patient, supplication, expiation of sins and many other benefits and wisdoms. This Iman boosting work will aid every reader and it will develop an understanding that a believer should accustom themselves with, in times of calamities.

The author, Imam Ibn Qayyim al-Jawziyyah (d. 751H), was one of the most prolific scholars of Islam. He studied under Shaykh al-Islam Ibn Taymiyyah for sixteen years and accompanied him up and till his death; learning a great deal of knowledge from him. He authored over sixty works, covering a multitude of Islamic sciences; his writings are characterised by their touching address to the heart and soul. He was deeply religious and very pious. 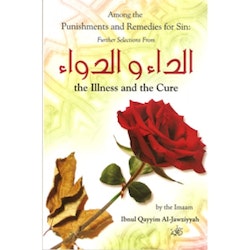 The illness and the Cure 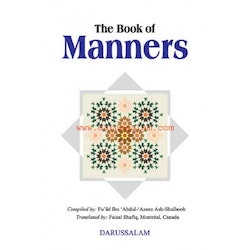 The Book of Manners 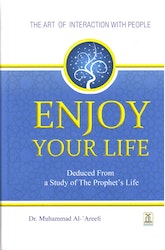 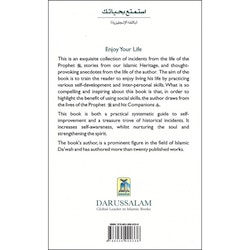 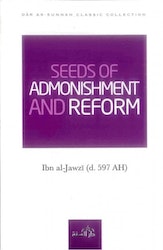 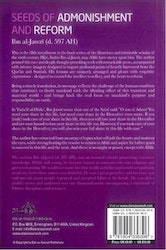 Seeds of Admonishment And Reform 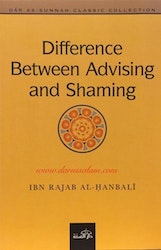 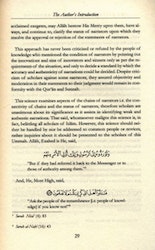 Difference Between Advising and Shaming