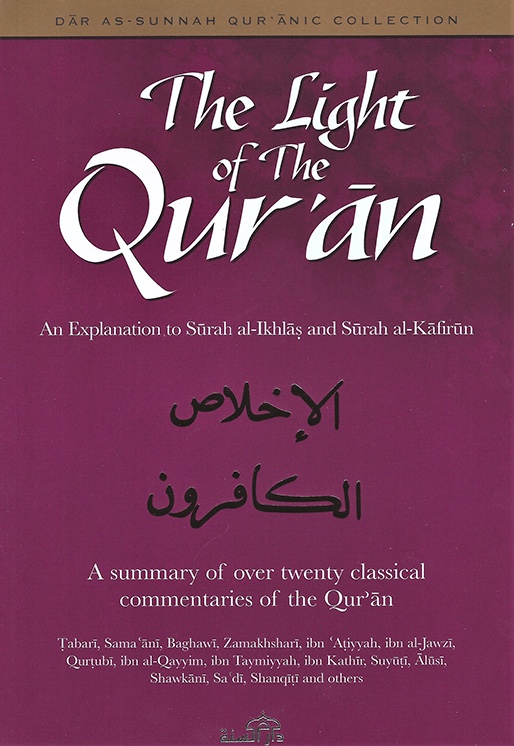 The Light of The Qur'an

These two chapters have both been given the title Al-Ikhlas, or purity of faith, because they deal with the topic of Tawhid in all its various aspects. Al-Ikhlas concentrates on the pure, essential faith in Allah that all mankind is required to have. Al-Kafirun deals with purity of deed and disavowal of disbelief and paganism. Both chapters lay out the parameters of mans relationship with his/her lord and creator, as well as his/her relationship those around him/her.

Pure, unblemished monotheism combined with sincerity in belief and deed defines the relationship with Allah. Hi is one and only true God, unique, without peer, equal or opposite, and nothing is like on to him. He is the one who stands in need of nothing whereas everything is in dire need of him.

Maintaining the essential Muslim identity and character defines the relationship between the Muslim and his fellow man. The Muslim is unambiguous about his religion, truthful and upright in speech, deed and his dealings with those around him. Hi is proud of his faith and has unshakable conviction in it. He loves his lord, his Messenger and the Muslims and is loyal to them. Because of this, the dearest thing to him is his religion and he will not compromise it, pleasing Allah comes before pleasing the people.

The prophet would frequently recite these two chapters in prayer because of the commonality of their theme and to stress that success is achieved, in this life and the next, by internalising their message and living by it.