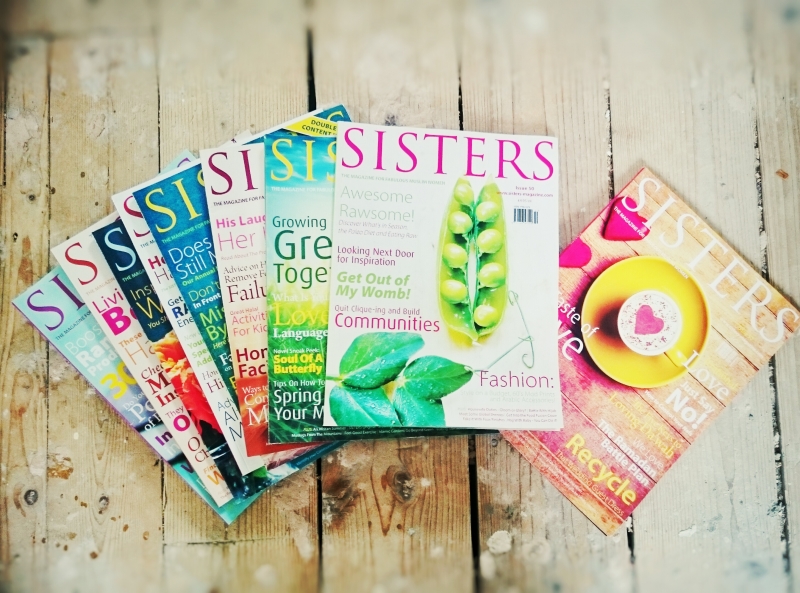 The Story Behind Succes

UmmSuhayb met up with Shifaa Patel, the founder of Tahara.se, an online Islamic clothing store, to talk about turning ideas into realities.

Born in India, brought up in a Hindu family in New Jersey, converting to Islam at 21 and now living in Malmo, southern Sweden, Shifaa Patel is one of a kind here.

From the comfy leather sofa of her in-laws’ home, where she and her husband currently reside with their 5 year old son, she describes her ‘light bulb’ moment. “One day I was sitting down and I said to myself, ‘I’m almost 30 years old and I feel like I have nothing to show for it, ya Allah help me!”

Suddenly, she stood up and looked at the tag on one of her abayas. This was when the inspiration came to her and her du’a had been answered. She rang the number on it and it happened to be that of a friend in America who owned an Islamic clothing store. From there she acquired a list of wholesalers, placed an order for $5000 and then, as Shifaa says, “it just started rolling.”

Her idea turned into a reality.

I’ve got nothing to wear!

Before starting up Tahara.se (previously called Love and Loyalty), Shifaa had only been able to find Islamic clothing that she liked from the US or the UK. She feels that the Muslim community in Malmo and Sweden is not properly served and has made it her mission to do something about this.

Shifaa is educated in economics to a Master’s level and has worked extensively in the customer service industry in America before moving to Sweden. She credits this with giving her a sound base and experience in effectively dealing with customers.

Although this is her first entrepreneurial experience, she concurs that her family background has shown her many examples of how it is an attainable dream.

“My entire family have businesses. The younger generation are doctors or accountants, but also have partnerships. It’s in the blood of every Indian to own some sort of business,” she laughs.

The initial idea of selling Islamic clothing did not sit in her head for a long time, for in all aspects of her life, Shifaa displays a fierce determination to get things done. “If I want to do something I just do it, I never hesitate. For example, marrying my husband, as soon as I met him, I decided that I wanted to marry him. We got married the next day.

As he was living in Sweden, she even emigrated to another continent, “I didn’t even think twice about what it would be like to live in another country.

Behind every great woman…

Shifaa is not one to procrastinate and she wanted the website to be perfect before its official launch. But, things don’t always go quite as planned, especially when your husband has other ideas. Her husband had helped develop the website and had activated it without her realising it! And this was just what her business needed to move it up a gear. “All of a sudden people were placing orders, so I was forced to send them as they had paid!

The confident and determined Shifaa still appreciates all the support she can get. For a business to be successful, she stresses the essential support from one’s husband.

“It’s the most important thing in the business if you are married. Your husband should be supporting you. If he disagrees with what you’re

doing then you won’t have the same motivation. If you’re slacking, then he has to push you.”

The customer is always right!

Ultimately, once the business was up and running, Shifaa found that the customers themselves were a driving force for the business. “My

customers are the ones who push me to buy items and I get a lot of ideas from them.”

She is encouraged by sisters who started to wear hijab as her site has made it more accessible for them. Many sisters bought their first hijab from her site. She receives many appreciative comments and is touched by what they have to say.

For Shifaa, it is not about the money. She describes her motivation as ‘results-driven’: it’s about seeing satisfied customers.

And satisfied customers there are a-plenty. Shifaa’s phone rings, signalling the end of our interview. On the other end, another sister rings to express her appreciation.

UmmSuhayb is a British revert now living in Sweden. Trained as a speech and language therapist, she now has her hands well and truly full with 5 children and an allotment. She has been writing her blog www.homeedsweden.blogspot.com for several years now, about bringing up children, home education and life in general in Sweden.